WADA 2019 Symposium from an athlete’s perspective

In March, the annual WADA Symposium invited athletes for the first time to participate in a specially curated programme running alongside the other sessions. The IOF representative was Jan Petržela of the Foot Orienteering Athletes’ Commission. He has kindly written about the experience, giving us interesting insight into the topic of athlete representation:

I’ve got a chance to take part in the annual WADA symposium in Lausanne as a member of IOF Foot-O athletes’ commission. Since I’m very interested in the anti-doping problematics, I was very pleased for such an opportunity and joined Kirsty McIntyre, the IOF Anti-Doping Officer, for this event. The symposium was held in the SwissTech Convention Center and took 2 days full of lectures, discussion and networking. For the first time ever, WADA prepared special sessions dedicated for athletes only and it was a great experience.

After a few common lectures we split up from the other symposium participants and discussed some key topics for athletes. Every session was introduced by a moderator, who had several guests explaining the problematics. After their speech we formed small groups and discussed our thoughts about several questions. After all, one athlete from every group made a short presentation of our findings and we could also ask the guests questions and they could comment our findings. 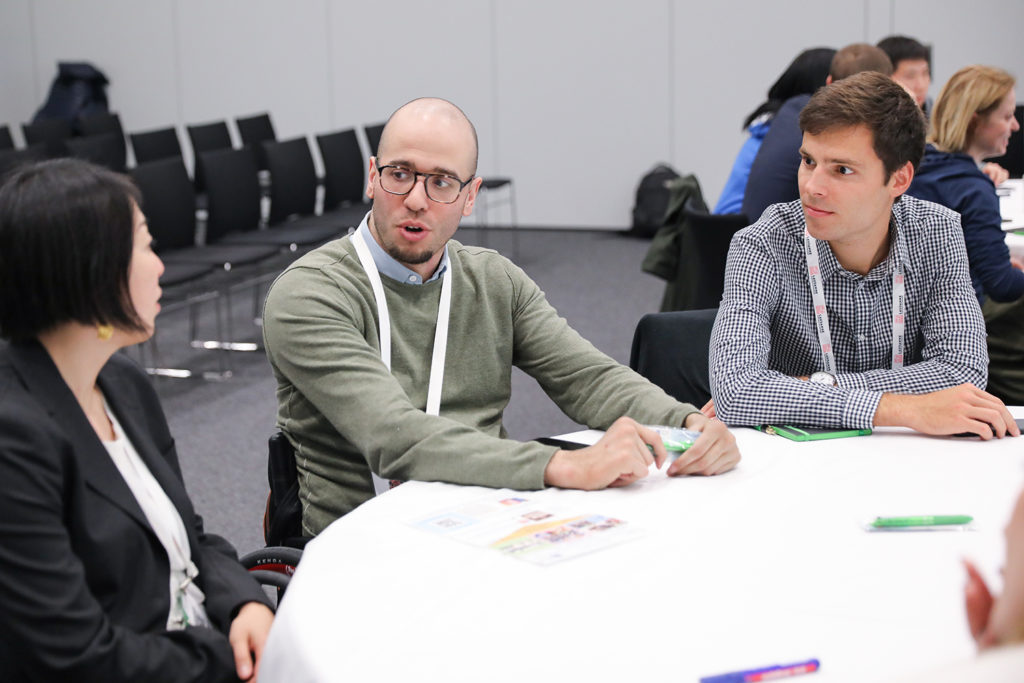 On the first day, we discussed recent draft of Anti-Doping Charter of Athlete Rights. The goal of the Charter, which was developed by WADA’s Athlete Committee, is to clearly outline athlete rights with respect to the fight against doping in sport. While athletes’ responsibilities towards clean sport are set out in the Code, the Charter aims to further support athletes worldwide in their right to compete in clean, ethical and fair sport. Most of the participants felt very positive about such a document but there are also some problematic parts that should be solved. Firstly, the purpose of the Charter is not completely clear. Does it provide athletes more rights than they have now, or does it simply summarize athletes’ rights under the Code? Is it a final list of athletes’ rights or is it a flexible document that could react on antidoping system development? Secondly, dividing rights into Actual rights and Aspirational Rights (not enforceable unless adopted by an organization) is problematic as some of the so-called aspirational rights should be included in Actual rights. There is also an idea of creating independent Anti-Doping Athlete Ombudsperson that shall have the power to advise, report and make recommendations so as to protect athletes. That’s a reaction on the fact that anti-doping organizations themselves are, on one side, prosecuting bodies in case anti-doping rule violation and, on the other side, they should be trustworthy bodies when asked for advice or recommendation, for example, regarding to whistleblowing. Ombudsperson could provide reliable information to the athlete without any fear that the athlete would start investigation that is out of athlete’s control anymore. 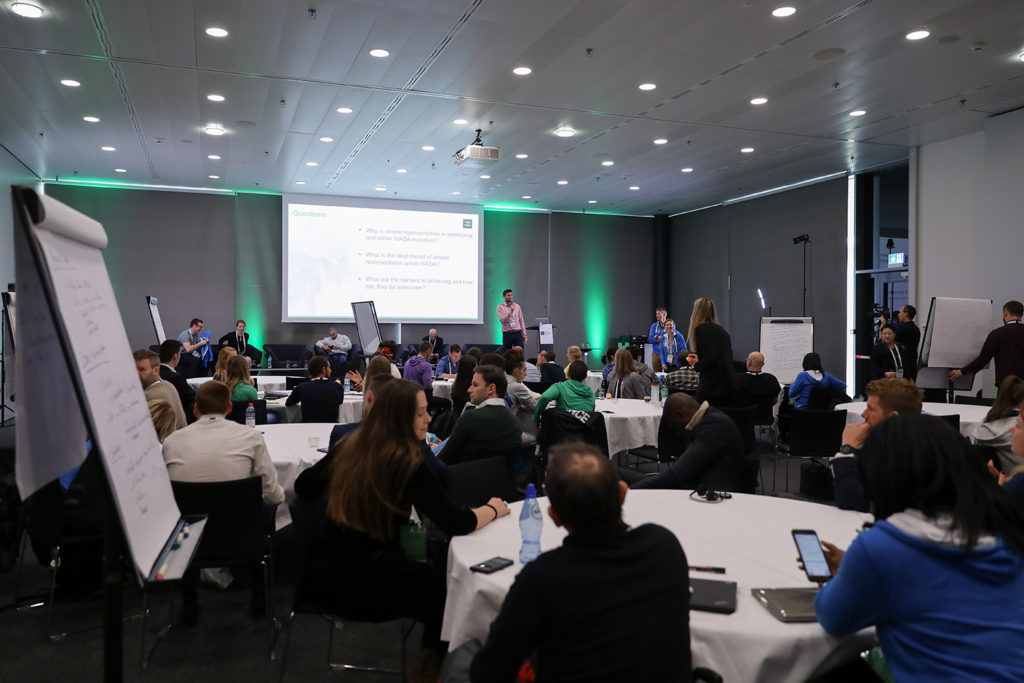 One of the athlete sessions at the symposium. Photo: WADA.

Second day sessions concerned WADA Governance and Athletes’ representatives. In the past, the most important decisions for athletes were made without any consultation with them. The first step in the right way was to constitute athletes’ commissions as consultant bodies without no real powers in decision-making. Under the statement “sport governing bodies for athletes”, there is nowadays a strong tendency across all sport governing bodies to move towards greater involvement of athletes in decision-making. The logical problem is that athletes usually don’t have time to spend their time sitting on executive board’s meetings. Then it is a key question who should represent the interests of athletes in sport governing bodies. Regarding WADA, one possibility is to be represented by IOC Athletes’ commission or WADA Athletes’ commission. The second possibility is to grant a mandate to one of the professional organizations, that are interested to provide their services (World Players Association, EU Athletes). The key problem, that need to be solved, is how to ensure that the elected athletes’ representative would represent interests of athletes from all sports (team/individual, Olympic/Paralympic/non-Olympic), from different geographical areas and all social backgrounds. Those groups can have very different interests and problems they need to help with, even though the common goal is clear – to ensure clean sport for every athlete worldwide.

All the topics we discussed are very complex and they don’t have a simple solution. On the other side, it is very positive that the sport governing bodies are interested in hearing the athletes’ opinion and they try to find the right solution regardless how complicated it can be.

Event Adviser Clinic in Switzerland will go ahead

Final qualifications for The World Games 2022