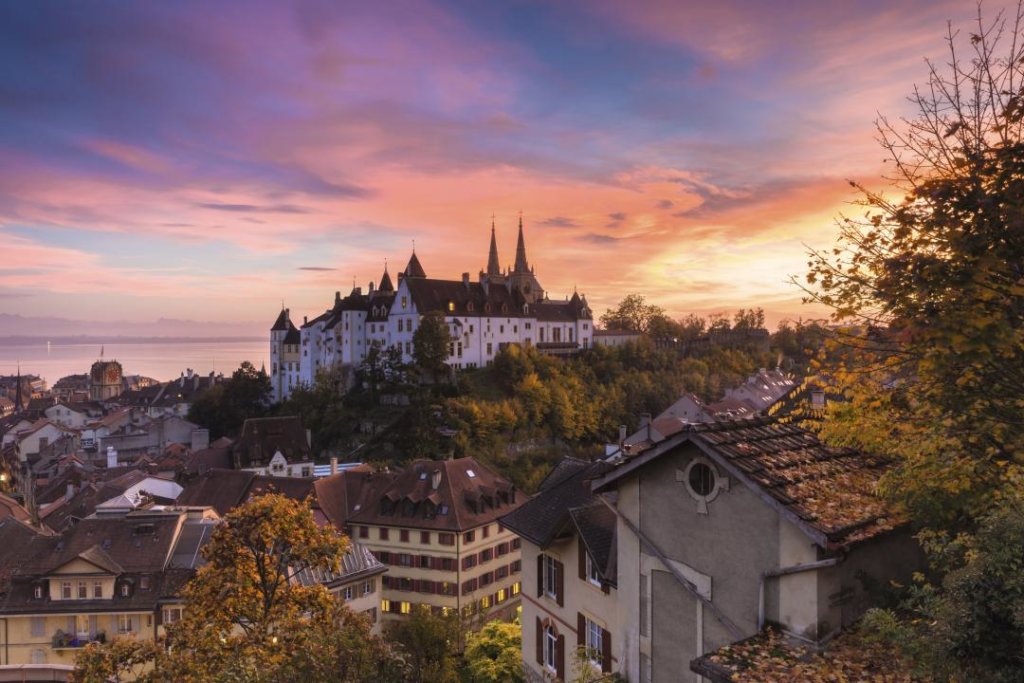 The event takes place in Neuchâtel in east Switzerland, in the French speaking part of the country. The weekend will start with a long distance race om 21st of May, which will open up the 2020 World Cup season. The following days will focus on sprints with a knock-out and an individual race, both taking place in the town of Neuchâtel.

The Swiss organisers are looking forward to organise a new World Cup Round, only eight months after the last:

– After the success in Laufen, we are looking forward to a new knock-out sprint experience. As Neuchâtel is a bigger town than Laufen, there are much more narrow streets and passages, but also more shopping streets. It will be thrilling to have a knock-out sprint on a Saturday afternoon in such an area. For both athletes and organizers!

Neuchâtel means New Castle and the castle is indeed a prominent feature of the town. It is however not at all new.

”In earlier days, the river Seyon passed around the castle and flooded the city several times. In the 18th century, the people of Neuchâtel dug a tunnel under the castle to avoid future floodings. So there could be a faster route at the route choice in the sprint races…”, says Event Director Matthias Niggli.

Dates set for major events in 2022 and other event updates