Tove Alexandersson, Sweden and Olav Lundanes, Norway were both successful, and both by good margins, after near faultless runs in today’s Long Distance race. This was Lundanes third Long title in succession – and he now has five in all.

In the women’s race, Maja Alm was Alexandersson’s closest challenger on the 9.9 km course, and faster through some middle parts of the race after making a simple error at the first control that cost her about a minute. The course was very varied, with some interesting long legs that were taken in quite different ways by different competitors; the last part came through the same terrain as used for the Relay. 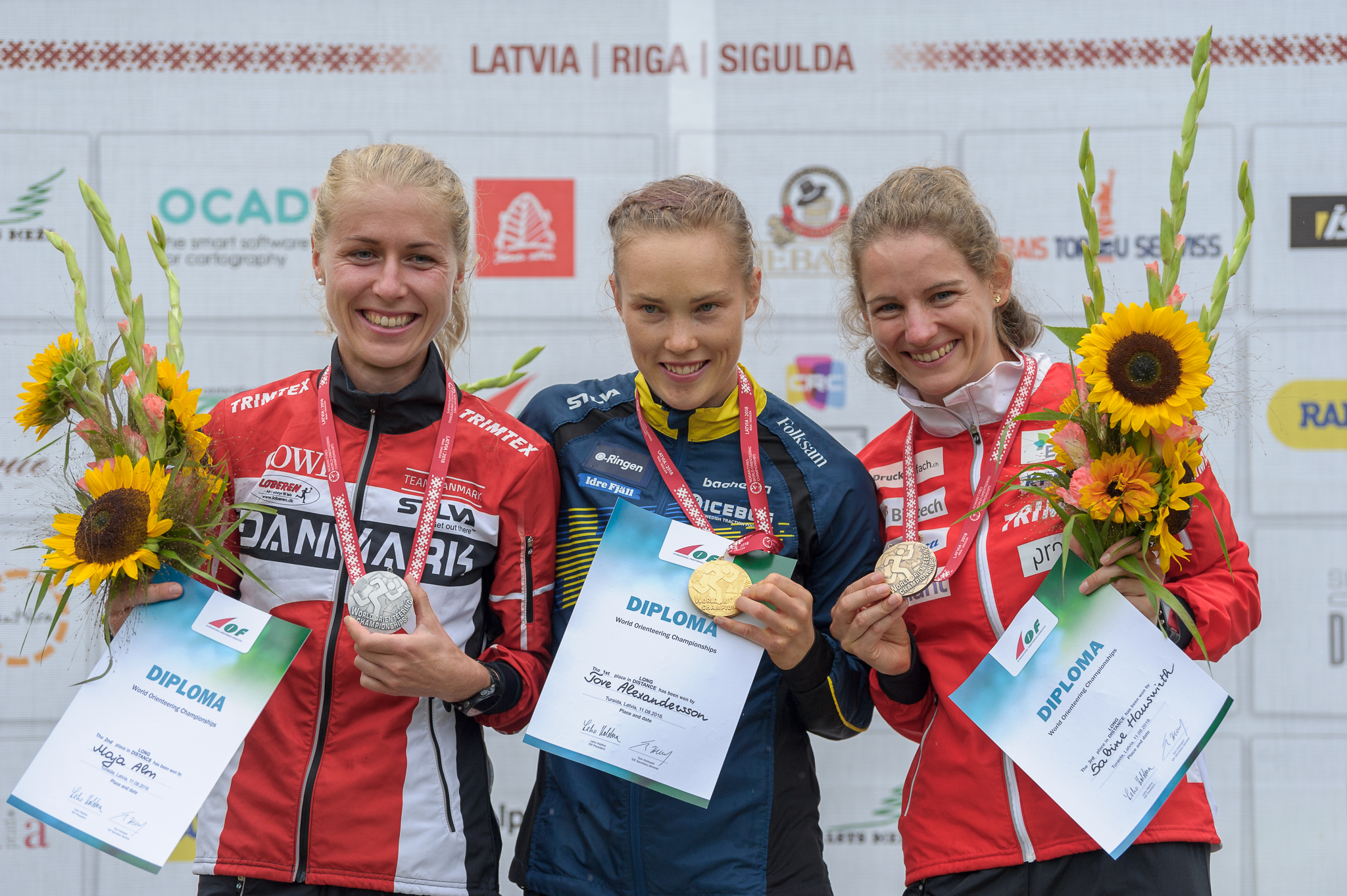 Sabine Hauswirth, Switzerland was a strong challenger for much of the race, as was Natalia Gemperle, Russia throughout and the Swiss athlete Judith Wyder in the early stages. The two young Norwegians Kamilla Olaussen (from an early start time) and Andrine Benjaminsen both impressed strongly and finished with podium placings.

Olav Lundanes started out strongly as usual and maintained his strength, energy and accuracy throughout over an at times quite hilly 16.1 km, despite suffering from sickness for the last two days. He was the fastest at all times, and behind him a battle raged for the other medal positions between Swiss, Swedish and Norwegian runners plus Ruslan Glibov of Ukraine, who produced his best-ever performance to take the silver medal, 2.37 slower than Lundanes. Switzerland’s Fabian Hertner came through to take the bronze, 3.04 down on Lundanes.

The athletes were happy today with cloud and lower temperatures and, for the men’s race, light rain.