Sweden took a superior win in the World Cup Sprint Relay on Sunday afternoon, as centre Borås welcomed the orienteering world elite for second day in a row.

The sun was shining as the 57 teams was sent off into the streets of Borås, with the Swedish, Swiss and Norwegian teams as favourites to win on the final day of World Cup Round 1.

And apart from the first few minutes of the first leg, Sweden 2 was in lead all the way and ended up winning by a smashing 36 seconds ahead of Switzerland 1 with Sweden 1 another 24 seconds behind.

Lina Strand ran the first leg for Sweden 2 and went into the exchange with a margin of 22 seconds. Both Sweden 1 (Max Peter Bejmer) and Switzerland 1 (Joey Hadorn) caught some seconds on Martin Regborn on the second leg. 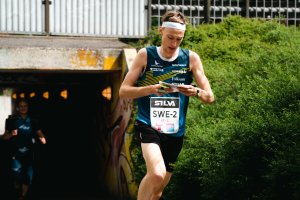 But on the third leg the relay was actually decided, when Emil Svensk increased the lead to nearly 40 seconds, taking clever route choices and continued going with a high pace ahead of Matthias Kyburz and Gustav Bergman.

Karolin Ohlsson kept cool on the fourth leg for Sweden 2 and the victory was never in doubt – instead the battle for the second place rose in excitement. Elena Roos and Tove Alexandersson was neck to neck all the way to the second last control, where Roos chose the fastest route, thereby deciding the battle. 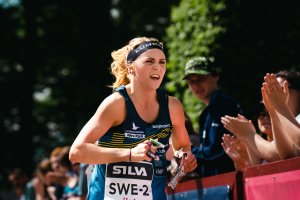 Andrine Benjaminsen ran the last half of the final leg for Norway 1 on her own, crossing the finish line 16 seconds behind Tove Alexandersson.

The World Cup continues at the European Orienteering Championships in Estonia in the beginning of August, which serves as Round 2.

The World Championships in Denmark are less than a month away. First WOC-competition is Sprint Relay in Kolding, June 26th.