Today’s sprint relay at the beautiful Chateu Doksy was won by over a minute after four perfect legs from the Swedish team. They are now three for three so far in the Nokian Tyres World Orienteering Championships in the Czech Republic.

– We dreamed about doing it like this, said Gustav Bergman to Swedish Orienteringsmagasinet after the finish. 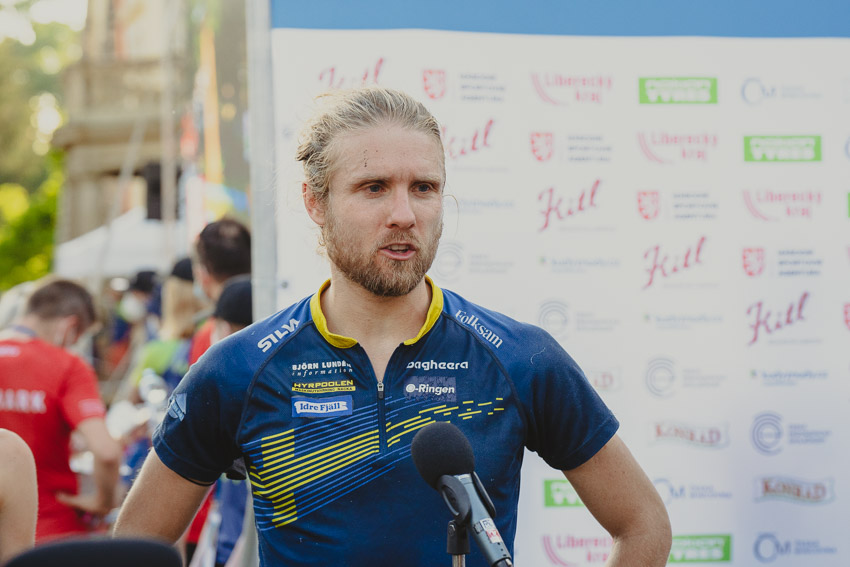 On the first leg as Tove Alexandersson (SWE) got a 19 second lead on Simona Aebersold (SUI) before sending Emil Svensk out on the second stage. He added another 12 seconds on the gap to Swiss runner Joey Hadorn. Further back there was an intense fight for the third spot with teams like Great Britain, Norway, Denmark Czech Republic, Finland, and Ukraine.

Gustav Bergman (SWE) added more seconds to the gap at his stage, but at the same time Kasper Harlem Fosser (NOR) brought Norway back in the competition almost closing in the gap to Martin Hubmann (SUI).

For Sara Hagström the last leg was a formality running in to her first gold medal together with the rest of the Swedish team.
– I have longed for this and am really happy to get a place in this really strong team, she says to Orienteringsmagasinet.

Further back it was a great fight for the silver medal between Andrine Benjaminsen (NOR) and Elena Roos (SUI). Benjaminsen was behind until the 16th control and won the fight with a three second gap at the end.