The IOF and PWT Academy have teamed up to deliver a series of webinars aimed at the development of orienteering in Mauritius.

The webinar series kicked off on the 1st of April 2021, with an introductory session organised and introduced by Raj Chintaram and Satchidanund (John) Domah, and with the involvement of the Mauritius Ministry of Education. It was followed by an international press conference announcing the project. Among the panelists were Tom Hollowell (Secretary General/CEO of theIOF), Jaroslav Kacmarcik (from the IOF Global Development Commission), Giulia Zenere (Park World Tour Academy) and Tuomas Kari (Park World Tour).  Participation in the project was extended to 90 attendees, mainly Physical Educators coming from all the 12 districts of Mauritius. 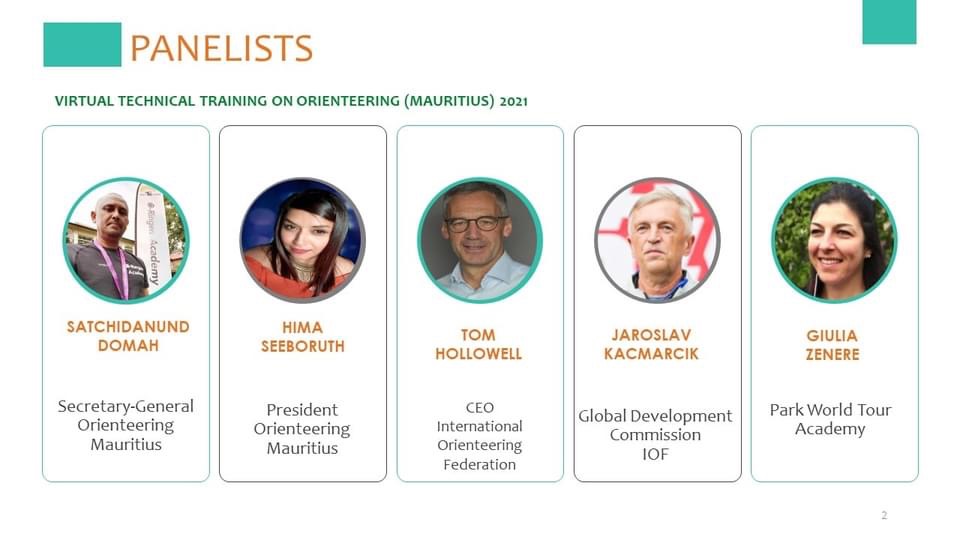 10 more 1,5 hour long weekly lessons followed. The participants received all the necessary information to introduce orienteering in the schools, and to organize basic competitions. The various topics covered; What is Orienteering, The History of Orienteering, the IOF structure, the IOF home page, how to teach Orienteering, how to produce an orienteering map, and the use of OCAD software, well explained by Andreas Kyburz of IOF World Orienteering Day Partner OCAD. The lessons also included instructions on how to set courses for different levels, and the participants were also asked to complete 2 different sets of homework. The webinar series was organized via zoom with the technical assistance of PWT Academy throughout and was completed on Friday June 11th. A final certificate was provided to all the participants during the last meeting. 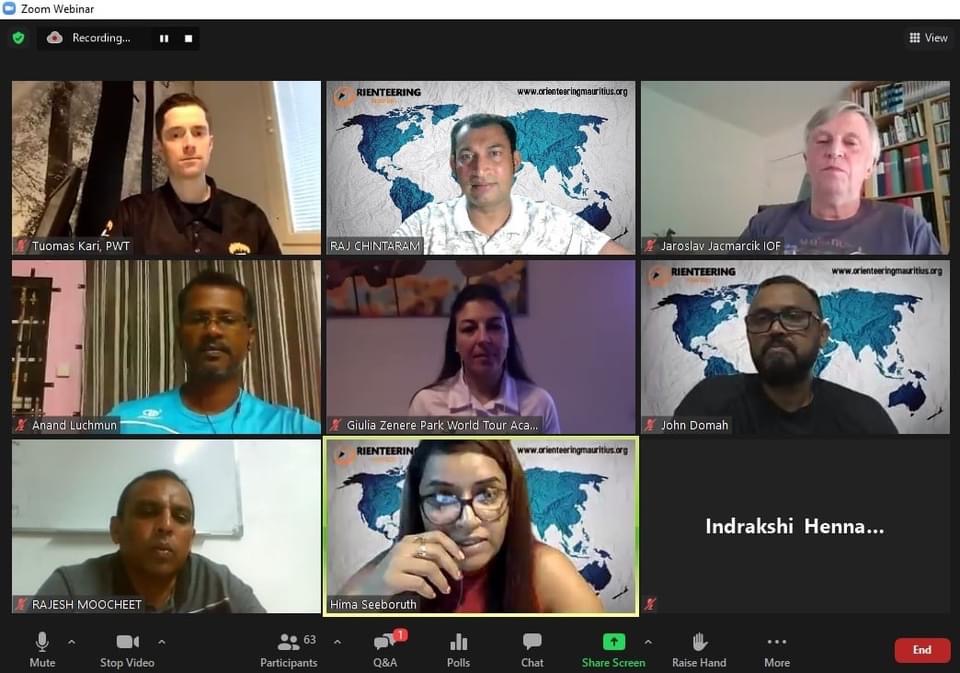 The development of orienteering in Mauritius started with a first e-mail contact from Raj Chintaram to the IOF in 2018. The email was redirected to Jaroslav Kacmarcik, sitting in IOF’s Global Development Commission. In 2019 Mauritius started to create local sport associations and the Orienteering Federation of the country was created, electing Hima Seeboruth as its President and with John Domah as Secretary General. Also in 2019, John Domah, as the first Mauritian, attended the O-Ringen Academy with the support of the IOF and PWT Academy. John has pushed to introduce Orienteering in his country and a first live seminar was planned to take place in April 2020 in Mauritius. Unfortunately, the Covid-19 pandemic situation forced the cancellation of this first attempt, and everything was re-arranged as webinars.

The next step, contingent upon Covid-19 restrictions allowing it, is the organisation of the first World Orienteering Day event in Mauritius in September, with the support of the IOF and Park World Tour Academy. A visit to Mauritius is being planned to provide the first practical exercises for the participants of the webinar.

The goal is also to organize a 2-3 day International O-event at the end of November 2021, and to help this beautiful country to be welcomed into the IOF family.