Belatedly, the 2020 World Cup in SkiO gets under way this coming weekend near Umeå in northern Sweden, after lack of snow in Latvia earlier in the month. Combined with this World Cup round are the Junior World and European Youth SkiO Championships. 55 men and 35 women from 16 nations are entered for the World Cup races.

Swedish ski orienteers Tove Alexandersson and Erik Rost lead the IOF World Rankings, and they must be favourites for top placings on home terrain. As always there will be a strong challenge from Russia in both women’s and men’s classes, and there are several others, especially Norwegians and Finns, who will be fancying their chances of a leading place or two as well.

No shortage of snow in the hills around Umeå, at least! Whilst the coastal city Umeå is the Event Centre, the competitions will be staged at the ski centre Vindeln, some 60 km to the north-west. The Swedish organisers staging their national championships have very kindly agreed to the big increase in organisational demands and numbers – some 300 extra people including team officials – at quite short notice. There is plenty of good Ski Orienteering terrain in the neighbourhood, which is dominated by a big hill, Degermyrberget, and some smaller hills and flatter terrain too. Almost all the competition area is forested. 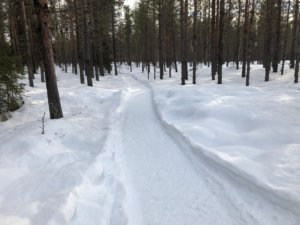 The weather forecast is for fresh snow on Friday – Model Event day – and showers on Saturday; temperatures may get just above zero in the middle of each day over the weekend, but after that the forecast is for it to be cooler.

There are Sprint, Long, Middle (mass start) and Relay races in this round, starting on Saturday; Monday is a rest day. For more information, go to IOF Eventor and the event website: http://umeaok.se/wcup2020/.

In the Junior World SkiO Championships, 80 competitors are entered representing 12 nations – unusually, 6 more women than men. There are 79 athletes from 13 nations attending the European Youth championships.

Reports and leading results will be posted on this website on each race day.

Belgium to host Sprint EOC in 2025