The start of February sees the European Ski Orienteering Championships taking place at Velingrad, Bulgaria. Five days of intense competition are in prospect; these also count as the second round of the IOF Ski Orienteering World Cup.
43 women and 64 men from 18 nations are entered for the Championships, which consist of five races – Sprint, Middle and Long individual races, a Relay and a Mixed Sprint Relay. The spa resort Velingrad, 120 km south of the Bulgarian capital Sofia, is the Event Centre, and the Competition Centre and arenas are 15 km away at the village Yundola.
Moderately hilly to hilly terrain is promised – very hilly in places, judging by the two previous orienteering maps shown on the event website. There is a mix of pine forest and open fields.

Judging by the first World Cup round in Finland at the end of November last year, it will be a major shock if one of Tove Alexandersson, Sweden and Andrey Lamov, Russia fail to come away with at least one gold medal. But Mariya Kechkina, the most successful in a very strong Russian women’s team, has shown she can match Alexandersson when at her very best. Finland’s Salla Koskela will surely also have a gold medal as her goal for these races, and there are other strong contenders from especially Sweden and Finland too.
”The winter conditions in Sweden have been very good, so I have been able to ski as much as I wanted after the first World Cup round. My shape is good and I hope I will have a good feeling also during the competition week. I have participated in some competitions in both Norway and Sweden and done some SkiO training after the first World Cup round, so I feel well prepared. My goals at the European Championships are to be in good shape and to have good races,” Tove Alexandersson says.
Tove Alexandersson currently leads the women’s World Cup rankings with 165 points, 15 points ahead of Mariya Kechkina, Russia and 54 points ahead of another Russian, Anastasia Kravchenko.
Whilst Andrey Lamov left everyone behind in all three first round individual races, he is in no way invincible. Home athlete Stanimir Belomazhev will have had this event as his top goal for the season for a very long time, and will have prepared accordingly. The experienced Lars Moholdt, Norway and Erik Rost, Sweden will also be challenging for honours alongside other strong Russians and Scandinavians, and we mustn’t forget that the Swiss skier Gion Schnyder will be much buoyed up by his second place in Long Distance in Finland – only 35 seconds slower than Lamov.
Andrey Lamov: “I have managed to stay healthy during the winter and that was the most important thing in my preparations. The European Championships is for sure the biggest event this season and my goal is to win medals there. Everyone tops up their shape for ESOC and it will be very exciting to meet all the guys there and have a really good fight against them. That is the week that you are waiting for twelve months for. I have competed in Bulgaria many times and have brought some good memories away with me. Bulgaria has old traditions in SkiO, and I am quite sure the organisers will make a great event again.”
The men’s World Cup standing is led by Andrey Lamov with 180 points. Lars Moholdt, Norway is second, 61 points behind, and Russian Vladislav Kiselev – third, 64 points behind.

All eyes on the local hero

Stanimir Belomazhev – by far the best ski orienteering athlete in Bulgaria, so all eyes will definitely be on him during ESOC 2018 on his home ground. The 29-years-old Bulgarian debuted in the World Ski Orienteering Championships back in 2005, won his first European gold in 2013, and his first senior World title last season.
Now he is one of the main contenders for the medals in the European Championships.

We’ve asked Stanimir to answer a few questions:
Ten years ago, in 2008, you won 2 races at the Junior World Ski Orienteering Championships which were held in Dospat, Bulgaria. They were your first golds at major championships. What are your memories from that event?
I remember every single moment of these competitions very clearly. I was extremely motivated to show my best. Unfortunately, in the first race, the Sprint, I started too fast: I made a short-cut to the second control point and sank into deep snow. I tried to catch up after this mistake, but the race was over. In the next races I decided just to have fun and do my best. And it happened! I really have very good memories that I will never forget.
How do you prepare for ESOC 2018 and what is your shape now? Have you participated in any SkiO competitions since the first World Cup round?
The last part of my training took place in Belmeken, Bulgaria. Unfortunately, the weather conditions in Bulgaria were very worrying until a week ago. The temperature was about 15 degrees, there wasn’t a lot of snow and I did not have the opportunity to do technical workouts. I have not been able to participate in any races since the first World Cup round in Finland. The Bulgarian National Championships, one week before, will be vital for me to check my shape for the European Championships.
Could you describe the terrain for the upcoming races? Does this type of terrain suit you?
The terrain for the European Championships is very different from Scandinavian terrain. The track network is not so complicated, and the most important thing will be to find the optimal route choice. Unfortunately, in recent years I have only participated in the Bulgarian Championships, and have done most of my technical workouts in Scandinavian terrain. I think I will not have any advantage over other competitors and there will be interesting and tough races.
ESOC2018 will be held in your home country. Will it be a special championships for you?
Without any doubt, every major event in Bulgaria is very important to me. Moreover, this year the European Championships are the most important races on the IOF calendar. That’s why I am entirely focused on ESOC 2018. I will try to show everything I am capable of and have fun.

Junior and Youth races too

Back to Velingrad after 41 years 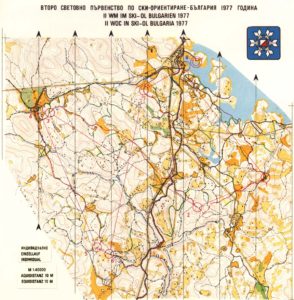 The programme for the European Championships

You can follow the races LIVE at LIVEorienteering.com and read race reports at IOF webpage.
Event webpage: www.esoc2018.bg