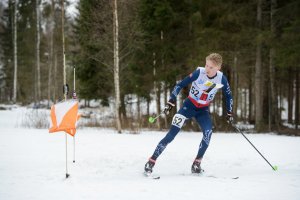 When the World Ski Orienteering Championships sets out on Tuesday with the sprint in Finland’s Kemi-Keminmaa-area, Norway’s Jørgen Baklid will begin chasing new WSOC-medals.

The reigning middle distance world champion from last year’s WSOC in Estonia has already shown, that he is to be counted among the favorites in 2022 by winning the long distance at the European Ski Orienteering Championships in Bulgaria in January.

– I hope to a play a part in the very top next week. I think I did good at last years WSOC and my shape feels great this year. I’m looking forward to getting started and I will do my best and hopefully get some great results.

And just two weeks ago, he won the sprint and pursuit races at the World University Ski Orienteering Championships (WUSOC) and finished third on the middle distance.

– I’m happy about my performances in the Czech Republic. I had some great races and brought home a lot of confidence. Actually, I think my shape has improved since then, so I really hope to have a great WSOC next week. 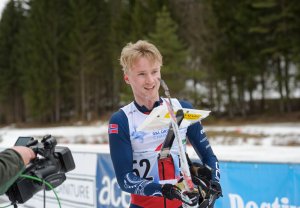 – I expect the terrain to be very different from ESOC in Bulgaria in January. We will probably see softer slopes and more snowmobile tracks throughout all the terrain. I haven’t done much ski orienteering in Finland, but I think it will suit me and the other Nordic athletes quite well as our terrain is very similar.

All competitions can be followed on high quality web-tv broadcasts with English commentary.

Get your ticket on the orienteering.sport LIVE page.

No favorite distance
And the 22-year-old Norwegian will strive to be one of them stepping up on the podium in the end of the broadcasts to receive a medal.

– I don’t have any favorite distance, so I’ll have a go for medals on all four competition days and of course it would be great to defend my gold medal from last year’s middle distance.

The World Ski Orienteering Championships in Finland will begin with the sprint distance on Tuesday at 13.00 EET (UTC+2).

The SkiOrienteering World Cup of 2022 will be decided as well, and so will the Team World Cup and the new U23 World Cup. Find the standings here.

World Cup season off to an intense start in Sweden