2021 has been a good year for orienteering followers around the world. After the cancelled season in 2020 and challenges with Covid pandemic restrictions, the IOF, Organisers, Teams and Athletes have so far met the challenges to successfully complete an orienteering season including the World Orienteering Championships in the Czech Republic and Orienteering World Cup rounds  in Switzerland, which doubled as the European Championships, and in Sweden. A total of 35 hours of exciting orienteering broadcasts have been produced and the broadcasts have been shown in up to 7 national TV stations, and the entire season has been globally available on the IOF livestreaming service with English or Russian commentary. If you want to do a recap of the season so far, all broadcasts are available for free replay on LIVE Orienteering (see the table below). 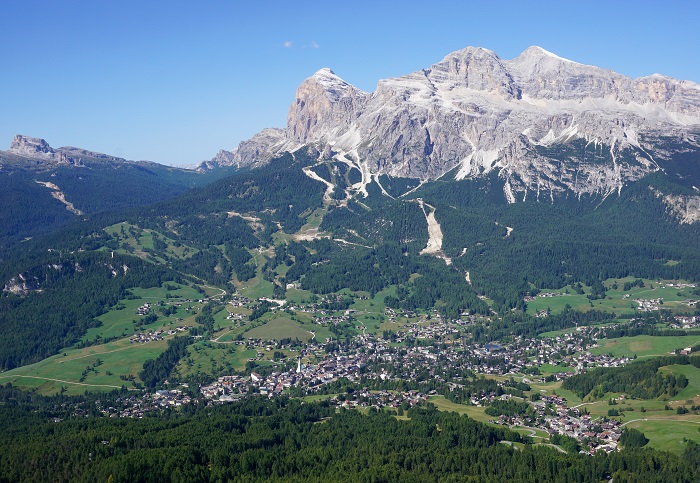 And now it is time for the World Cup Final in Italy, from September 30th to October 3rd (Thursday to Sunday). The race for Individual World Cup titles is not in any way finished. Theoretically there are still 20 potential winners in the men’s class and 8 potential winners in the women’s class. The Team World Cup victory will be decided at the Sprint Relay on Sunday where 2000 points are awarded to the winners of the race. It will be between Sweden, Switzerland or Norway for top honours in 2021.

The final preparations of the Orienteering World Cup event in Cortina, Italy, are nearly finalised. You can follow the final on LIVE Orienteering. There will be full TV broadcasts and livestreaming  from the Middle Distance on October 2nd and the Sprint Relay on October 3rd. The Long Distance on September 30th will unfortunately not be broadcasted but can be followed via GPS tracking and live results. The national broadcasters in Sweden (SVT) and Norway (NRK) will broadcast live in their respective countries.

Livestreams will be produced with both English and Russian commentary. Followers can purchase tickets well in advance and the purchase is done in the TV-box in the respective competition day tabs on the LIVE Orienteering page.

PRICE: 10 EURO for both Middle + Sprint Relay competitions or 6 EURO per competition.

The 2021 season has featured 35 hours of top orienteering performances in dream terrain and beautiful towns. Established stars, new heroes, rookie sensations and some really epic performances are among the great memories from the season so far. Have another look at challenging route choices at sprint speed in Neuchatel, Switzerland. Then check out decisive routes and navigation among the sandstone formations at WOC in the Czech Republic, including the challenge of the occasional thunderstorm.  And have fun with the epic mistakes and misses collection from Idre Fjäll in Sweden. And if you’re having a really bad day, you can always fast forward to Natalia Gemperle at the finish line (of any of the races).