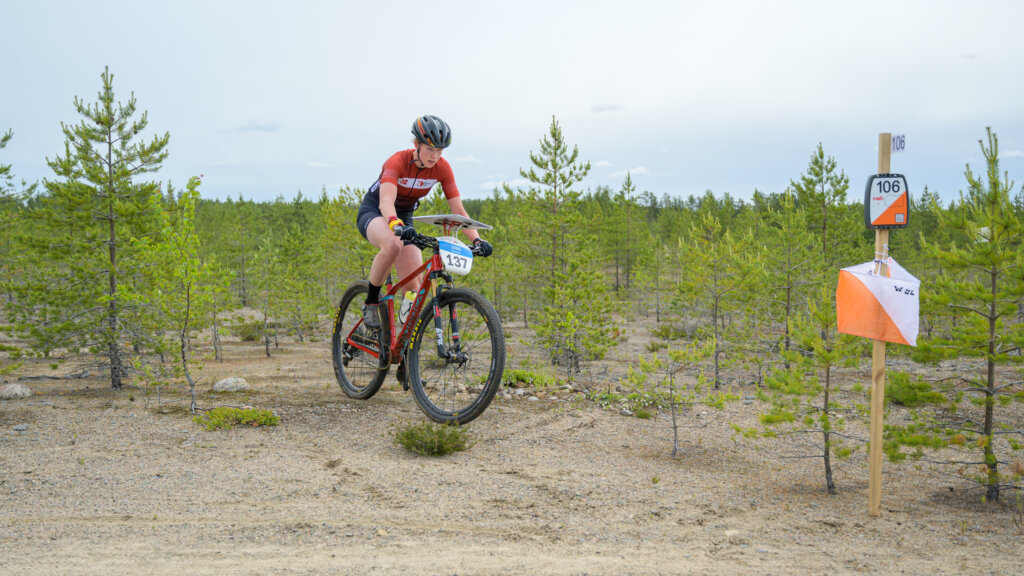 Camilla Søgaard, Denmark and Andre Haga, Finland are the new World Champions in Long Distance. Søgaard won by 1.51 over the Czech athlete Veronika Kubinova, and Haga won by 42 seconds in a race where Finland took 2 medals and also fourth place.

The decisive part of both races was the penultimate leg, a very long route choice leg in open forest with a fast and largely straightforward northern route and a more intricate southern alternative. In the men’s race it was this leg that was decisive: Samuel Pökälä had a good lead at the start of it, took the favoured northern route like most others but then chose to use what proved to be a very slow and dusty little-used path, more direct but much slower than the longer track alternative. This mistake cost him a medal.

Andre Haga, starting half-way through the field, had a long wait to see if his time could be beaten. He was fastest at various stages in the race; all three medallists made small errors. Pekka Niemi had a strong last part of the course to take the silver medal, and the Swiss rider Simon Braendli took the bronze to back up silver medals in Sprint and Middle, 55 seconds down on Niemi. Pökälä, champion in Mass Start and Middle, missed a medal by 54 seconds.

The women’s race featured a very strong performance by Camilla Søgaard, who was fastest throughout, coping well through the more detailed gravel pit areas as well as the more open forest sections with longer legs. Veronika Kubinova also had a solid race and finished a clear second, 2.39 ahead of bronze medallist and Sprint world champion Marika Hara, Finland. The neutral athlete Olga ShipilovaVinogradova was in third place 2 km from the finish, but made a poor choice on the penultimate leg and finished 30 seconds outside a medal-winning time.

The final event of the championships, the Relay, is tomorrow. The first mass start is the men’s open at 9.30 local time.

Morten Jørgensen, Denmark won his third gold medal of the championships today with victory by 39 seconds. Home athlete Kaarina Nurminen, unbeaten up to today, was 36 seconds up at the 13.2 km point on the 22.5 km course and only 3 seconds down on the winner after 20.6 km, but then lost a lot of time to be 5.47 down at the last control.

Winner of the women’s race was Lucie Nedomlelova, Czech Republic by 2.34 over the Dane Gertrud Riis Madsen, with Tilda Palm, Sweden third a further 1.38 down. In the men’s race Yaroslav Shvedov, Russia added to his Mass Start bronze with a silver medal today; he led by 37 seconds just before half-way. The Sprint champion Mikkel Brunstedt Nørgaard, Denmark took bronze.

Interview with the winners: