It has been a long time coming, but Sunday afternoon it’s finally happening: The first sprint-only World Orienteering Championships kick off in Denmark.

The championships in Denmark’s Triangle Region originally were to be held in 2020 but was postponed due to the COVID-19 pandemic.

And this Sunday – nearly six years after Denmark was awarded the championships in August 2016, the world’s best orienteers will compete in Sprint Relay in the streets of Kolding.

The Sprint Relay is followed by Tuesdays Knock-Out Sprint, which debuts on the WOC-program, before the Sprint in Vejle completes the championships on Thursday, June 30.

243 athletes from 42 different nations have registered for WOC. Sweden poses with the largest team of 14 athletes, while Argentina, Cyprus and the Netherlands all have one athlete to cheer for during the races.

If you can’t join the party at the arenas in Kolding, Fredericia and Vejle – all three competitions can be followed on IOF LIVE. 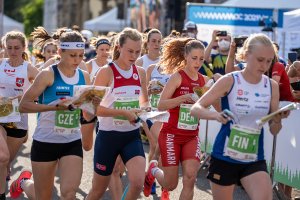 Belgium to host Sprint EOC in 2025