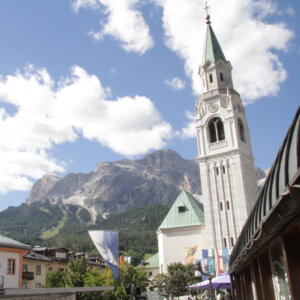 Cortina, “The Queen of the Dolomites”,  is a well-known sports destination, is scheduled to host the 2021 Alpine Ski World Championships and is a key part of the Milano Cortina 2026 Winter Olympic Games. – We are very appreciative to have received the support of the Municipality of Cortina d’Ampezzo to host the Orienteering World Cup final in Cortina, and look forward to showing off an exciting Sprint Relay competition in a town with such close ties to the Olympic movement, says IOF Secretary General/CEO Tom Hollowell. – Sprint competitions in Italy are always exciting as the irregular geography and structure of Italian towns match well with the requirements for high-speed decision-making  faced by orienteering athletes.

The Sprint Relay competition, which features teams of 2 women and 2 men and was first introduced into the IOF program at the World Orienteering Championships in 2014 in Trento, Italy, will be contested in the central parts of the town of Cortina. The competitions will be broadcast live and a full arena production will be made available for spectators to follow the competitions on site.