Orienteering in our region

In South America, Brazil is, without doubt, at the frontline. It has a federation with twenty years of history (CBO, Brazilian Confederation of Orienteering), performing an enormous amount of work for orienteering in the region. Chile, Ecuador, Colombia, Uruguay and Argentina also have their own federations, working with different levels of intensity. 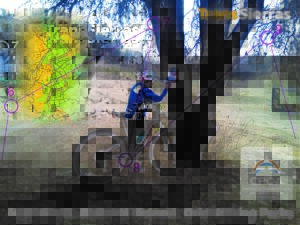 In order to contribute to orienteering becoming more known and popular in our country, the organisation Trans Sierras, along with a group of enthusiastic people, began this atypical 2020 by unveiling an ambitious project that we call “Argentinean Permanent Orienteering Parks”. The project has been designed for both Foot and MTB Orienteering. It is proper to mention that this activity is not under the orbit of any official institution or federation.

Our strengths and limitations

Undoubtedly, the lack of proper maps is the major limitation that we have in Argentina. To take advantage of the mandatory slowdown in outdoor activity due to the current pandemic, Trans Sierras has encouraged many adventure racers and orienteers to learn and train in making orienteering maps to IOF standards. Luckily, many enthusiastic people have joined us in this challenge, and we have made big steps forward in this short period. Several people in different regions of the country have taken their first steps in making maps to IOF norms, and they, together with the expert Gerardo García, are currently working to resolve our great obstacle – the lack of suitable maps. This development has encouraged us to progress the project, namely the creation of an Argentinean National Network of Permanent Orienteering Parks. The project involves the design of FootO and MTBO Orienteering Parks, with IOF maps that are publicly available for educational, recreative and tourism purposes. 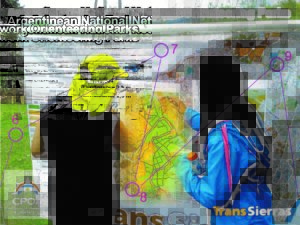 Those people interested can make a tour on foot or MTB, using a specially designed map that comes with detailed information about the terrain, plus advice on safety. The map shows a certain number of checkpoints which the participants must go through. The checkpoints are identified by a plaque on the ground, that has a QR code that can be recorded using a free App called iOrienteering. The activity can of course also be done without use of the App.

Where we are today