Alexandersson leads second-placed Natalia Gemperle, Russia by almost 100 points, following a win and a second place at WOC. Maja Alm, Denmark is placed third, well down on Gemperle’s score; all three leaders enjoyed one victory in the WOC individual races. 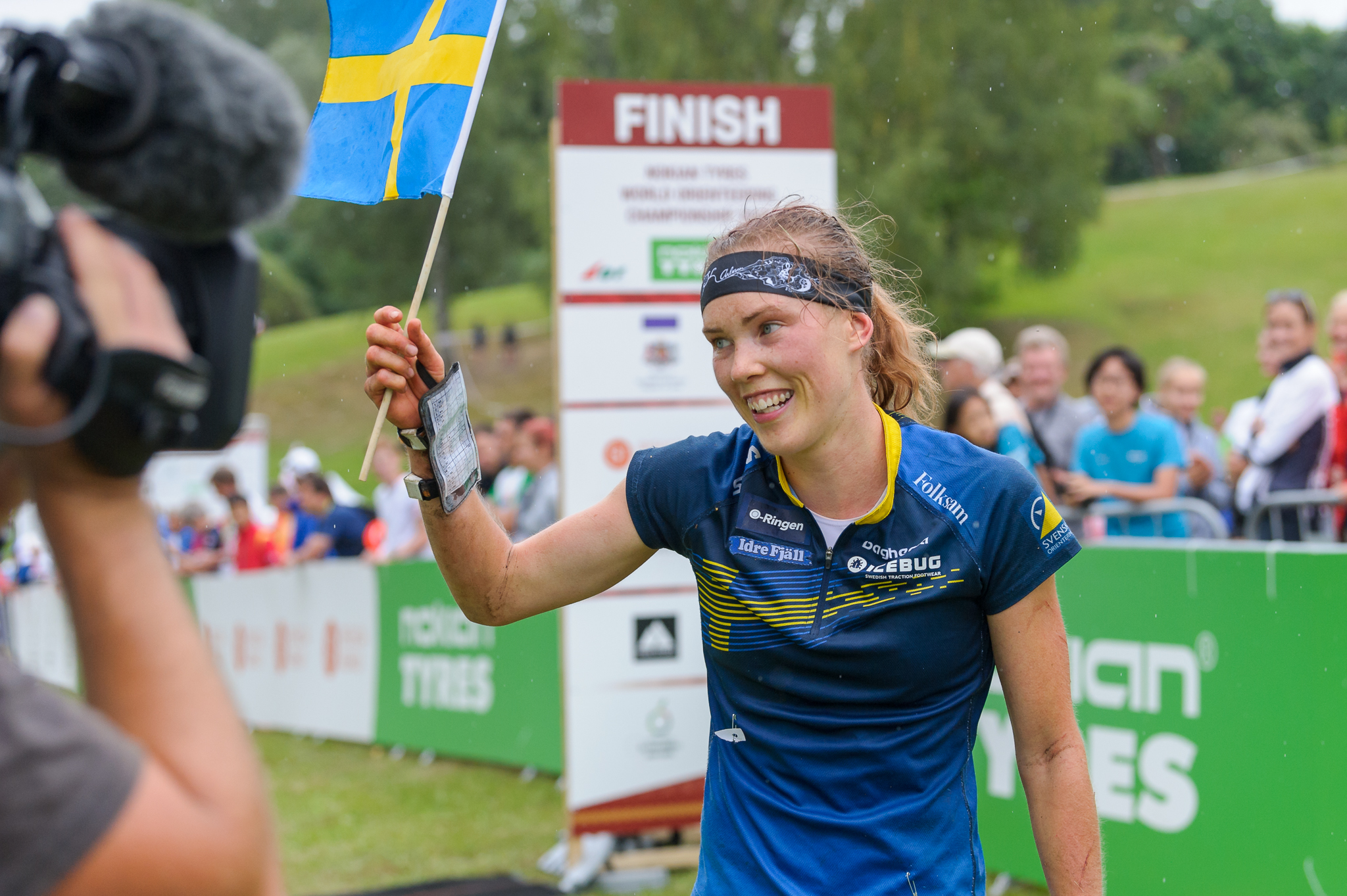 Tove Alexandersson celebrates victory in the Long Distance at WOC

Only two points separate the two stalwarts of the Swiss men’s team, Hubmann and Matthias Kyburz; Hubmann had by far the better WOC, with Kyburz again failing to achieve the one WOC gold medal still eluding him. Third but more than 100 points down is Olav Lundanes, Norway, winner of the Long race for the third time in succession yesterday. The Swiss strength in depth is illustrated by there being 4 Swiss athletes in the top eight.

Switzerland is well ahead here, having won 3 and being second 3 times in the 6 competitions held so far. Norway is in second place and Sweden close behind in third. There is then a big score gap to the teams that are fourth to sixth, where scores are very close.

The World Cup rounds still to come are in Norway at the end of August / beginning of September and in the Czech Republic in early October.